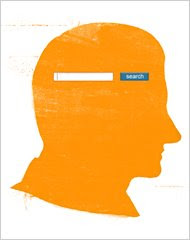 If you’ve ever Googled a guy before or after meeting them, you must read this NY Times article. It’s ridiculously, embarrassingly true. Here’s a glimpse at what the reporter had to say:

“Several years ago when I was living in Washington, I met a man the old-fashioned way: tipsily, in a bar. Then I ruined my chances with him the new-fashioned way. I Googled him.

On this particular night, my roommates and I were out playing the part of fun-loving recent college graduates. We were, in fact, at a place that had karaoke, something that either brings out the best or the worst in people. It had certainly brought out something in a very tall and lanky guy who was looking my way.

Maybe I had caught his attention because I am also tall? (Not just tall, but somewhere between the most alien-looking runway model and the Statue of Liberty.) Maybe he saw in me a chance to breed politically savvy Washington Post-reading children who would be cross-country stars at Georgetown Prep?

Soon we were talking and flirting. Emboldened by alcohol, I complimented his rendition of “Sweet Child o’ Mine.” More talk. He said he was from Chicago originally. Liked to run. I told him (perhaps more than once) that I’d smoke him on a run. I told him I had been an English major.

We were getting along famously. We exchanged numbers. “We’ll go for a run and I’ll leave you in the dust,” I slurred. He called a few days later. We set an evening to go out. That’s when I made my mistake: I decided to Google him.

Within minutes, buckets of personal data poured out: his undergraduate Ivy League G.P.A., his sister’s name, where he earned his M.B.A. I read a series of published business essays by him, then stumbled upon track-and-field competitions he had competed in, and how phenomenally fast he ran a mile.

Now that I secretly knew he was a top runner, my first goal was to revise my previous assertion of being a good runner myself.

[On our date] my mind was like a checklist, ticking off each already-known fact I made him spill. “How fast?”

He then mentioned a major [running] competition I already knew about.

I widened my face in speechless surprise. Abruptly changing topics, I then said, “So, you went to the University of Chicago, huh?”

“Yeah, that’s right. Business school. I guess I mentioned that the other night?”

The night unraveled from there. My memory and confidence were both officially shot. Did he tell me his undergraduate G.P.A., or did Google? Was his sailing trip part of our conversation or detailed in one of the business columns by him I had read? Everything swirled together. It was impossible to tell.

Confused and wine-muddled, I got up to go to the bathroom. Somehow, with one overlong limb, I managed to knock over a glass at the table of the lovey-dovey couple next to us. My date jumped up to apologize. I stammered and fled.

Nowadays, my advice to friends is: never Google a date. No Facebook, MySpace or Technorati, either. There’s something to be said for the spontaneity and authentic facial expressions of utter ignorance.

I realize it’s hard to resist the impulse when we live in an age of nonstop access. If you’re a skilled time-waster with high-speed cable, it is nearly impossible not to know more than you should about anyone with a searchable name. But in the long run it’s a little less interesting, isn’t it?”

Love it. More lessons in life and love. Can never get enough, can we? You can read the whole story here.

2 comments on “A Lesson in Modern Love”