So I’m obviously a fan of Saks & Bloomingdale’s because of the brands they carry and the overall shopping experience. But given the current state of our ever dismal economy, it’s no wonder that luxury retails are hurting. Saks has even been rumored to be near bankruptcy declaration (please, God no!)

And as I browsed the racks of Loehmann’s tonight for the first time in a long time, and was presented with loads of Cynthia Steffe, Juicy Couture, Nanette Lepore and Diane Von Furstenberg, I found myself wondering how retailers like Loehmann’s, Nordstrom Rack and TJMaxx are all doing. Are they trying to capitalize even more on the fact that people don’t want to sacrifice prefences when it comes to designers, but that many of us have had to come to terms with differences in our spending habits? Are luxury retailers like Saks Fifth Avenue & Neiman Marcus seeing their best-selling brands being sold more elsewhere? I’m sure they are because who really wants to pay top dollar for things when you can get them for less (albeit, a season or two behind)? 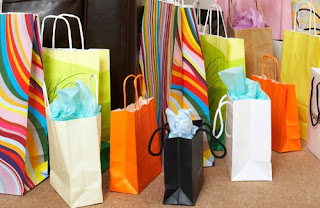 Are you visiting department stores less recently? Are you finding other ways to get your favorite designer clothes for less?