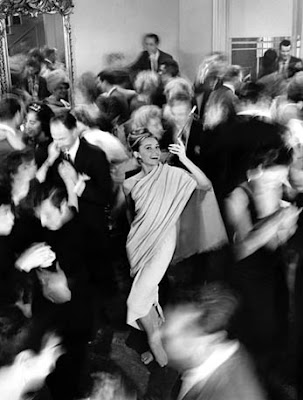 My love for Audrey Hepburn is no surprise. And just after Christmas I finished reading Audrey Hepburn, An Elegant Spirit: A Son Remembers. Yet another good read that highlights the remarkable woman that Audrey was until her very last day. A true WIT, she was.

Audrey Hepburn’s first major film role made her a star. In the 1953 romance “Roman Holiday,” she played a princess who runs from her duties and falls in love with a journalist played by Gregory Peck. Audiences were enchanted by her combination of grace, elegance and high spirits and she won an Academy Award as best actress.

In a string of films that followed, she continued to play the lithe young thing with stars in her eyes and the ability to make Cinderella transformations. In “Sabrina” (1954), she was a chauffeur’s daughter forced to choose between wealthy brothers, played by William Holden and Humphrey Bogart. In “Funny Face” (1957), opposite Fred Astaire, she played a bookstore clerk turned high-fashion model.

Descriptions of her beauty and appeal inevitably included the word “gamine.” She was boyishly slender, with an aristocratic bearing, the trace of a European accent and a hint of mischief.

Among her most popular and acclaimed roles was that of Holly Golightly, the backwoods beauty turned New York sophisticate in “Breakfast at Tiffany’s” (1961). In her final years, she made few movies, but traveled the world raising money and awareness for UNICEF. Her last screen role, in 1989, was a cameo as an angel easing the hero toward death in Steven Spielberg’s “Always,” a role in which the character’s grace and serenity echoed the image Miss Hepburn had maintained throughout a 40-year career.

She was truly lovely and remains an inspiration to this day to many.